3 things you didn’t know about Hexham 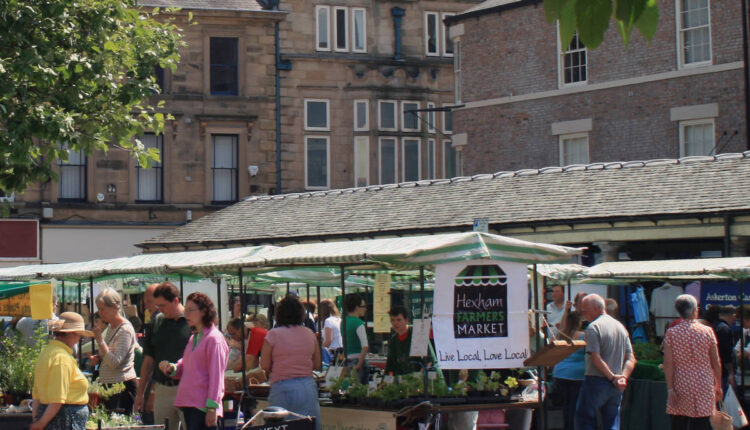 Watched over by its dedicated town council, Hexham is a civil parish in Northumberland. A picturesque market town perched on the south bank of the River Tyne, it has much to offer weekenders and day-trippers alike. The stately grounds of Hexham house are ideal for a stroll, as are the floral gardens of Sele Park in the town centre. Tyne Green has the best views of Hexham Bridge, and the town is readily recognised as a gateway for visiting both Hadrian’s Wall and the Northumberland National Park.

While all these details are common knowledge, in this blog, we’ll delve into some lesser-known facts about Hexham. If you’re curious to uncover some of the unique histories of this intriguing English town, read on to find out more

What’s in a name?

Those visiting the historic market town of Hexham are often curious about how it got its name. Situated near the River Tyne, Hexham takes its name from Old English words including elements that mean “river” and “home”. However, due to its remote location, the town’s name was often used in another context. In the Borders area, Hexham became a euphemism for hell, illustrated in the popular saying “Gang to Hexham!” (Going to Hell).

According to historians, Hexham also has the distinction of being the site of the first purpose-built prison in Britain. Known as “the Old Gaol”, this penitentiary dates to the 14th century. Today, city visitors can explore the Old Gaol Museums to learn about Hexham’s history and descend into the dungeon for a turn in the stocks.

With its central tower and dual transepts, Hexham Abbey’s exterior is a wonder to behold, but within it holds many secrets. A monastery before it became a cruciform church, and the oldest parts of the Abbey were built in 674 AD, with a crypt still in existence from this time. While there is wooden panelling from the 17th century to witness and sculpture from the 7th century, far older relics can be found within the abbey, like stones that were extracted from the renowned Roman ruins known as Hadrian’s wall.

Taking in the sights in Hexham

With impressive buildings like Hexham Abbey and acting as a portal to historic sites and national parks, it is unsurprising that the town enjoys a thriving tourist trade each year. While many visitors take traditional guided tours, those looking to explore local attractions at their own pace often use smartphone applications like Walking Trail App TrailTale.

Regardless of how you select to tour the town, as a guest of Hexham, you’ll find plenty of places of interest. The next time you visit, dig into its deep history to make the most of your trip.

4 Things to Try While Going on a Long Holiday

4 Things to Try While Going on a Long Holiday

3 things you didn’t know about Hexham

4 Things to Try While Going on a Long…

Enjoying Time With The Elephants When…

3 things you didn’t know about…